Our fellow Armenians and Aryans

Հրապարակվել է Հեղինակ` ՀԱՄ
Several months ago, The Armenian Aryan Order (AAO), the Union of Armenian Nationalists (UAN), and the “Lusantsk” weekly announced about constructing an Aryan Mother temple in the Armenian capital Yerevan. That was done for the purpose of turning Armenia into Pan-Aryan Center: Following the announcement several steps were taken-
1.An account was opened at HSBC Armenia branch for the purpose of obtaining funds to build the temple.
2. A spiritual body was created which is working towards the formation of   pagan priesthood both in Armenia and the Diaspora.
3. Negotiations are being held with Armenian and non-Armenian (nations with Aryan roots) delegates of business circles to open a Pan-Aryan center in Yerevan (Aryan Mother Temple- with priesthood, Aryan Wisdom and Martial Art center and school).
So our fellow Armenians

This initiative is under way and needs the support and participation of everyone. Participate and have your input in this sacred cause, success of which will raise and uplift the Armenian Identity and Mission as well as will restore Armenians’ united Motherland.

Let us restore our national faith, the Cosmic Order of the Creator, let us secure the return of our Armenian Gods and show the world that the Armenian is divine and is returning to the roots. The construction of the Aryan Mother Temple in Yerevan will confirm this fact.

Let each and every Armenian participate and contribute to this sacred cause in any way he can- morally, intellectually or financially.

Armenia is falling apart and is being destroyed in the clutches of globalization, our country is being trampled, stamped and crushed by various religious cults, Freemasonry, unnatural sexual orientation activists and other degenerative movements; while the authorities and the Christian church fathers are not taking any steps or measures to protect the nation and save the Fatherland. Moreover, willingly or unwillingly they are contributing to this plot, either by collaboration with them or by being in close relations with those forces, as a result those movements are being tolerated in this country.

Fellow Armenians, do not hesitate

Contribute. Support. Donate for the construction of the Aryan Mother Temple in Yerevan which will be just the beginning on the way of resurrecting all the temples and spiritual centers.

Let’s restore our Fatherland.  One temple at a time.

END_OF_DOCUMENT_TOKEN_TO_BE_REPLACED 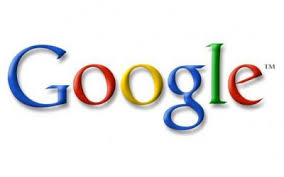 Read in the,, Google,, about the Armenian Aryan Order and the leader of the AAO Armen Avetisyan.
Look on the internet other stuff …